As I can see from Supernotes blog articles and other forum posts on here, spaced repetition is a feature that is planned to be implemented in the future. I understand that there are many ways on how to realize that and that the development can be challenging and time consuming.

But for the start, I thought you could implement a simplified version of the leitner system to make the option of spaced repetition at least somewhat available to us users.

My idea for the implemantation of the leitner system would look like this:

Other thoughts I had:

Just some thoughts and ideas I wanted to share with the community. Below an ilustration of the leitner system. 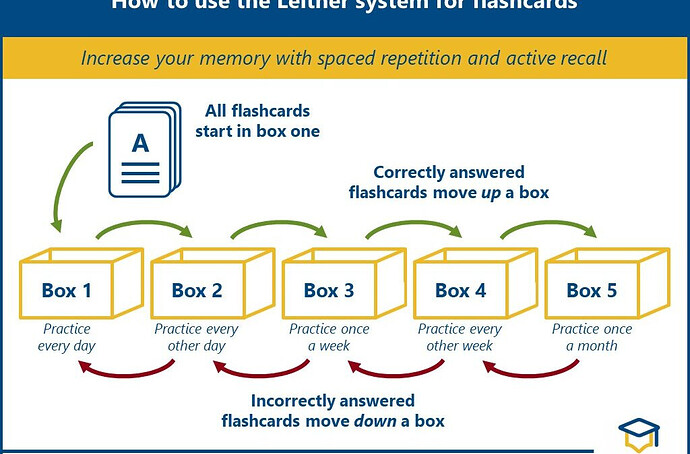 Great Idea for a simple implementation of the Leitner System

I’d love to see this feature