Show parents (or some context) in Command Prompt?

I’m still being very careful about naming cards due to the risk of ambiguity during Command Prompt search.

That means that I’ll always name a card something like ‘Architecture: Ideas’ rather than ‘Ideas’ — I’m putting its parent’s name(s) in its name.

It would be super helpful if there were a way to distinguish cards in search, so that they could be named more meaningfully.

I fully appreciate the difficulty here with multiple parents (else breadcrumbs could have been nice), but anything at all here would be super helpful.

Your wish is my command… 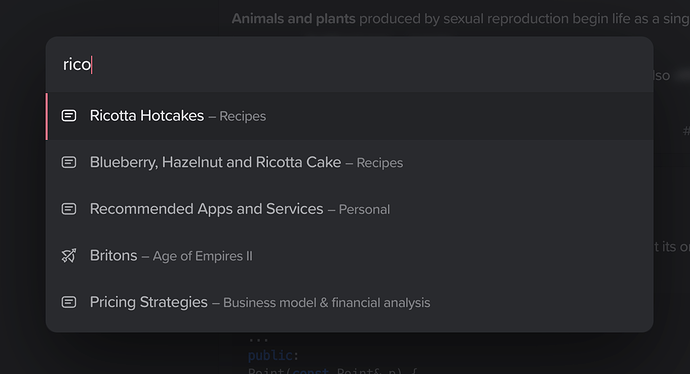 This will be released in the next major update.